“You can’t fly a Spitfire in combat and forget about it. It stays with you forever.”
Squadron Leader, Geoffrey Wellum DFC

This feature documentary has been released in cinemas across the UK and other countries around the world. SPITFIRE is the extraordinary story about the people and the planes that helped win the Battle of Britain. As well as key interviews with surviving fighter pilots, the film takes a close look at the iconic Spitfire.

“You can’t fly a Spitfire in combat and forget about it. It stays with you forever.” Squadron Leader, Geoffrey Wellum DFC.

Spitfire is more than just a film about an iconic aircraft. It’s about the people and the planes that helped win the Second World War.

Through interviews with the last surviving fighter pilots and with other people connected to the events, this film will tell the story of how the Spitfire and other wartime aircraft came into being during the huge advances in aviation in the interwar period.

Although dozens of programmes have been made for television, this film is intended for the cinema and so we intend its scope to be larger and its storytelling to be more involving than anything that has come before. We hope it will be a compelling look at a key and dramatic moment in our history. 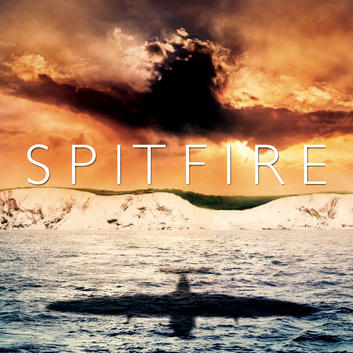 Watch Spitfire Official Film Trailer
Back to our work

" Ant Palmer is the true professional with decades of experience in film and directing, which put everyone around him at ease. The final video certainly stands out from the crowd and has proved a total marketing success for us, exceeding hopes and expectations in every way."